I have known Matt since he was twelve years old. He moved in to the house next-door to me and I had the great fortune of getting to know him and his family. Matt moved away after college and made the decision to come back home after the 2013 Boston Marathon bombing. He took the slogan “Boston Strong” to heart and dedicated himself to running the Boston Marathon in 2014. He joined Joe Andruzzi’s charity team, (Up)Beat Cancer, raised thousands of dollars for the cause and in the process met the love of his life. Caitlin and Matt were on the same training team and have been together ever since.

Because of the romantic love story that marked the start of their relationship, I thought it was most appropriate to have their engagement session at the Boston Marathon finish line wearing jackets from the first marathon they completed together. They have since run three more!

We met in Boston on a sunny afternoon and managed to dodge the traffic long enough to get some playful images on Boylston street. Next, we walked over to Trinity Church and used the columns as a beautiful background. Finally we ventured over to the Prudential Building and then on to the Boston Public Library to complete our session.

Matt and Caitlin are a crazy, fun couple and I cannot wait to photograph their wedding! 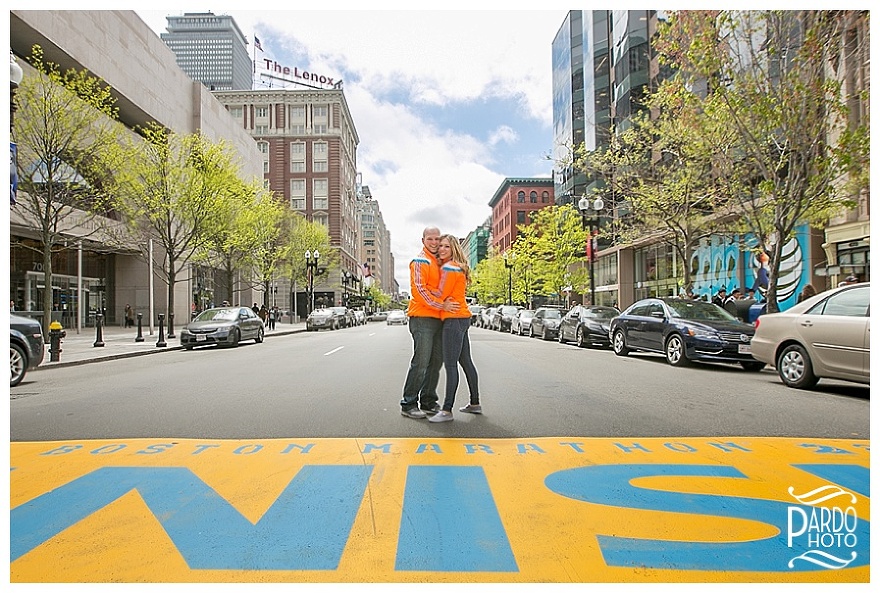 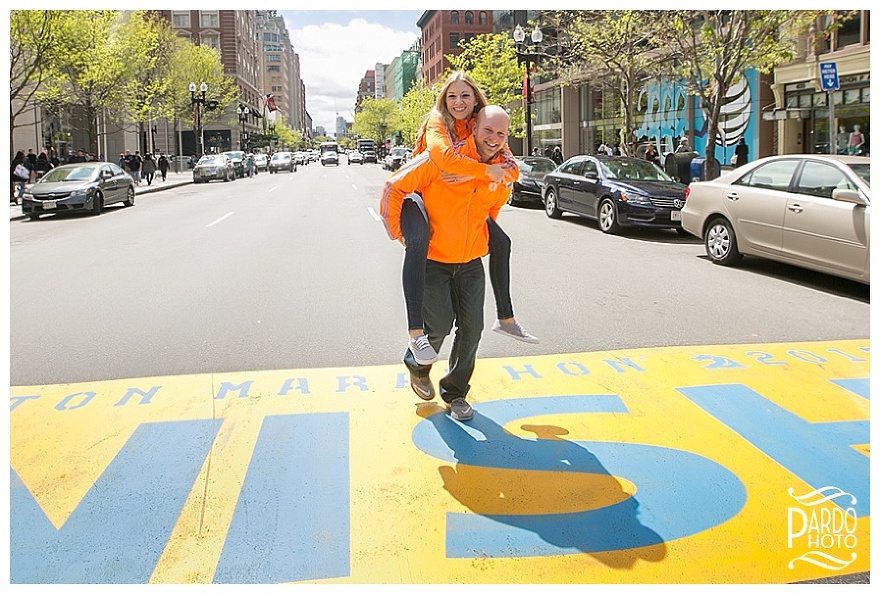