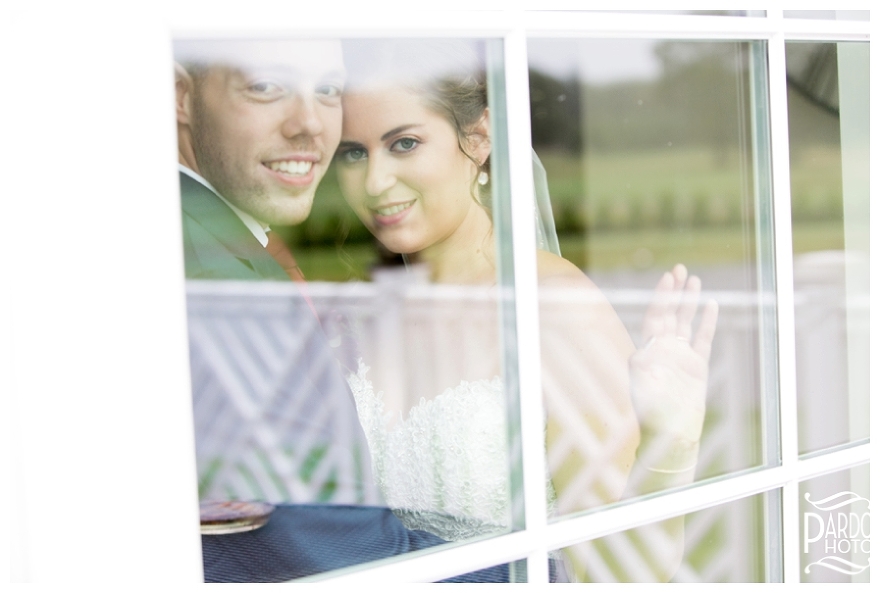 Courtney and Trevor were married on October 1st, with a ceremony and reception at the Crestwood Country Club.

On the day of the wedding, I met up with Courtney and the bridesmaids at the country club while they got ready. The weather was rainy and chilly, so the atmosphere in the room was a little tense, but we ended up getting some good group photos in the locker room before it was time to get dressed. The girls went off to put on their own dresses while Courtney’s maid of honor, Gretchen, and Courtney’s mom, Tina, got her into her dress. I took the girls into another room so they could see her for the first time when she came out, and at that point—it really felt like a wedding day. Everyone’s nerves were starting to settle as the realization of why we were gathered started to sink in. 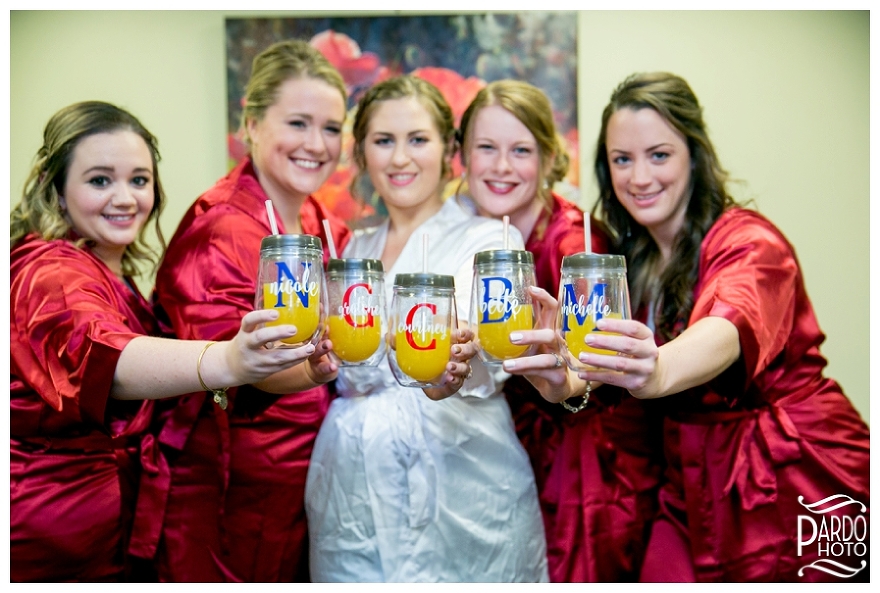 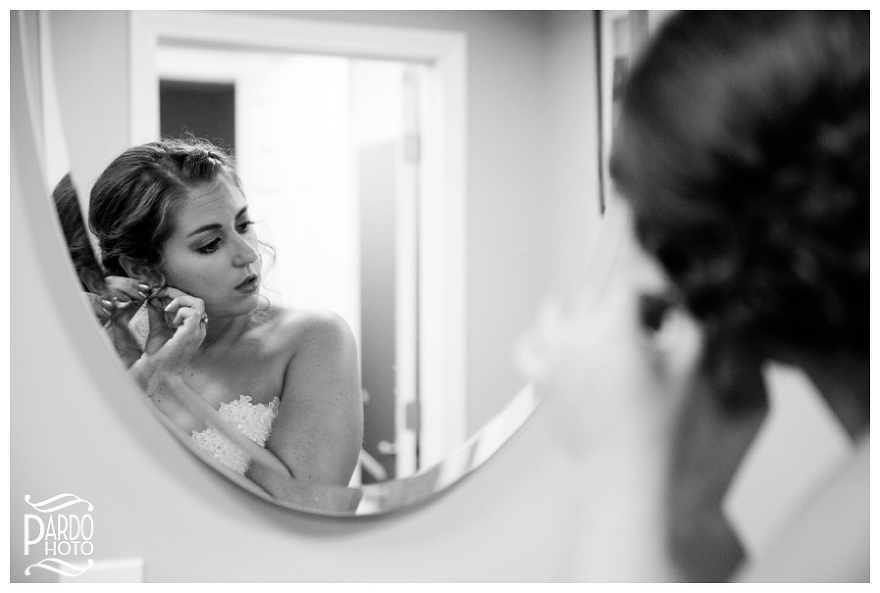 After the first look with the bridesmaids, I took Courtney up to see her dad—and the tears started rolling! It was such a touching moment to see him become emotional as they shared a few moments together. Soon after we got Courtney back to the locker room because Trevor and his groomsmen had arrived—with my second photographer taking pictures of the guys before we set up the first look.

This was probably one of the most spectacular first looks I have ever witnessed. They stood for a few minutes hand-in-hand around the corner, and Trevor, who couldn’t see Courtney, became very emotional as tears rolled down his face. Courtney couldn’t help herself as she peeked around the corner trying to comfort him—it was just so heartfelt. Finally, Trevor turned around to see Courtney, and the tears started up all over again as they hugged.

After that, we went outside to the covered area under the deck for some family pictures as we made the best of the weather we had. Next, we got the whole group together for wedding party pictures and we all started to get a little crazy before things settled out with some portraits of just the two of them. We didn’t have much room to work with, but the large windows in the country club were perfect for some beautiful portraits.

Finally, it was time for the ceremony, which was filled with so many personal touches. Right from the start, the wedding party walked in to the theme from Game of Thrones, so we all knew it was going to be a special day. The officiant was a good friend of both Courtney and Trevor and had been their roommate for years. He told stories of their courtship that moved us to both laughter and tears! Courtney and Trevor also wrote their own vows.

After the ceremony, Courtney and Trevor headed to a secluded spot to spend a few moments alone and really let the moment sink in. Again, these were some of the most heartfelt images I have ever recorded. Absolutely wonderful!

After that, it was time for the cocktail hour and then the reception, and I have to give a shout-out to the Crestwood Country Club for being so professional and accommodating and generous as we had to move the ceremony indoors and then reset the whole reception room for the party!

Trevor and Courtney had been taking fox trot lessons, and for their first dance together, they stepped in and twirled around the dance floor like a couple of pros! I loved their finale and the dip. Then, Trevor handed Courtney off to her father for their dance together, which started out with the handshake from the Parent Trap—so fun! Trevor danced with his mom next, and then the toasts began and dinner was served.

The rest of the night was spent dancing with friends and family, and when the evening came to a close, I took them both outside for one last portrait under the twinkle lights.

Courtney & Trevor, thank you so much for including me in your special day! I was honored to be part of such a personal, heartfelt occasion!